Wow, just wow! This was not what I was expecting it to be! When thirty year old Rachel marries David, a corporate lawyer, with a massive mansion of a house in Cornwall, she expects her life to be finally at ease! She is really fond of David’s son, Jamie, a wonderful eight year old boy, who seems to like her too! the two of them develop a very good relationship, which makes Rachel feel she took the right decision. But then suddenly, Jamie’s behavior changes. There are times that he doesn’t talk to her, he doesn’t even spares a glance for her. With David gone most of the time, in London for business, Rachel’s life takes an unexpected turn. The boy starts to make some very disturbing predictions for Rachel’s future. He claims to have been communicating with his late mother. As times goes by and winter settle’s in, Rachel becomes suspicious of everything around her. Even her husband. She reaches a point to really fear that Jamie’s latest prediction may very well turn out to be true. She fears the words he said to her: “You will be dead by Christmas.” Cornwall is the best setting for this story. The old aristocratic area. The house that belonged to David’s family for one thousand years. the Cornish mines with all their dark past, the workers, the deep dark waters and the deaths. The shores and the sharp cliffs and all the rocks and wholes that the mines have dug in the pained land. This whole romantic and yet at the same time Gothic atmosphere build up momentum that is used cleverly in the story, ready to strike at the right time! The story was a really good one. You have Jamie’s words, about the death by Christmas and you also have the claim that he communicates with his late mother. So you start to think that something isn’t right. Maybe the boy is evil. Maybe his mother never died. Maybe it was David that killed her and now is coming for Rachel. All these and even more scenarios and not knowing what might be the actual case! Only to think of all those possibilities and any other that comes in mind, needs you to invest so much in this book! It really had me hooked until the end. At some point, I wasn’t even sure who was the villain in the story. I got to see different aspects of the characters’ personality that had me all thinking. Are they hiding something? What really happened in the past? Why something so simple and plain may have so much importance that the author actually spends time and words to mention it? Surely, I’m not missing something here, am I? All those questions were floating up my mind, until the beginning of the end. When every piece of the puzzle started to take it’s place. When I though I knew what was going on, until I realized that was not it. The big twist at the end is superb! It comes out of the blue, completely! There were some hints, but it never really crossed my minds and that’s a win for the author! Especially the last chapter is one I didn’t see coming! I definitely recommend this book to anyone who loves a good psychological thriller.

The Fault in Our Stars (18)
Green John
Penguin Books Ltd 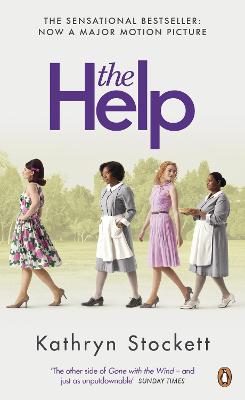 (18) The Fault in Our StarsGreen John
Penguin Books Ltd