So, I finally finished book number two in the Outlander series, listening to it while ironing and working out. Yes, that’s when I listen to my audiobooks! You can do it under other circumstances, that’s up to you! Anyway, the case is that the story has progressed a lot since the first book. This one starts twenty years after Claire’s return to present time and Frank. The child she gave birth to is a grown up woman with her father’s copper hair. The two of them return to Inverness in the Scottish Highlands to find out more of the past. More of Frank’s ancestors. Though Claire, has a whole different purpose for this trip. She is planning to reveal the whole truth about her past and Brianna’s father. She needs to make her daughter understand that Claire actually traveled back in time, met Jaimie, fell in love with him and at the most difficult of times, she traveled back to the future in order to give birth to her love’s child. Convincing her daughter that her whole life is based on a lie is not an easy task. Claire goes to Roger MacKenzie to ask for his help researching the past, because of this experience as a historian and his family connection to Frank and his work. Claire has another good reason for that, but she waits for the last chapters in order to reveal it. The timing also of this adventure is important. It is the year that Geillis Duncan goes through the circling stones and into the past. As the present story progresses, and Claire starts to remember again her past with Jamie, the reader is transposed to the 1744 France and the life of the couple there, in the Luis XV court, while in parallel getting in touch with Charles Edward Stuart, the eldest son of James Stuart. Bonny Prince Charles was the person Claire and Jamie were trying to learn more of, as their plan for going to France in the first place was to prevent his claiming of the throne of Scotland and eventually the battle of Culloden and what followed it. The Jacobite cause though was in full thrust and several side activities were running in order to provide the Bonny Prince with the needed support in money and army, to claim back Scotland. That was also a strange part of the story, as if Claire and Jamie were successful in preventing the battle of Culloden from happening and hence saving thousands of Scottish lives, then this disturbance in the timeline so far in the past, could actually affect not only Claire’s existence, but the world that she met in her time. And this is the tricky part with time traveling. If one single thing changes, then it might be that an avalanche breaks out in the course of time. Coming to Claire’s and Jamie’s relationship, I think it goes through a rough patch. They have their ups and downs, but while they are in France they experience the most difficult part of their relationship. They come to a point where they either betray or the think they are betrayed by each other. And just when their are about to go in different paths, they find their love again hidden in the depths of their hearts and they become one. 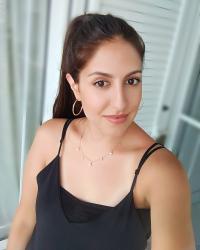 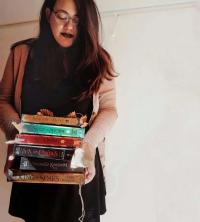 I really really liked this one! Since the series is so true to the books I knew that some parts like the first 1/3 when they are in France wouldn't be my Fav but knowing the thing that would go down actually kept me going. The first book will be my favorite one of the series no matter how many more books come out 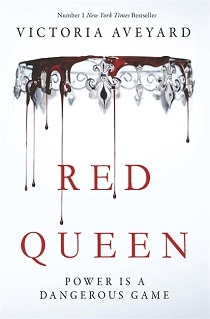